Use coupon code HELLO22 to unlock your mystery offer at checkout! 🎉
{{ display.text }}

Need help deciding?
Check out our article on the best JL Audio Subwoofers 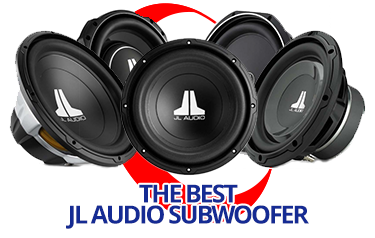 The JL Audio W0 subwoofers are legendary in the car audio world. The JL Audio W0 has been considered the benchmark for an "entry level" subwoofer for years. These woofers come in single, 4 ohm configurations and are available in 10", 12", and 15" diamters. The W0 subwoofers have set the standard for affordable, high quality, car audio subwoofers. If you are comparing performance among woofers at it's price point, you will find that the JL Audio W0 is in a class by itself. Currently in its third generation, the JL Audio W0 just continues to perform, and there really isn't anything bad you can say about them. They sound great, they are robust, and they are affordable.

The JL Audio TW1 subwoofers are a low-profile, thinner version of the JL Audio W1 subwoofer line. The TW1 subwoofers features JL's patented concentric tube technology that allows JL to mount the subwoofer motor closer to the front of the frame for maximum excursion for a thin woofer. The TW1 subwoofers come in both a 10-inch and 12-inch diamter and are offered in single 2 ohm and 4 ohm voice coils that will handle 300 watts RMS. The JL Audio TW1 offers very minimal front side or top end mounting depth, making them perfect if you are tight on space underneath a seat, or if you have a down firing enclosure. Compared to the TW3, the TW1 has depper backside mounting depth, inside the box, if you will, whereas the TW3 will require more clearance on the outside of the box. In all honesty, if you are looking for a thin-line woofer, we feel it is worth it to spend the extra money and go with the TW3.

The JL Audio TW3 subwoofer in a thin, low-profile woofer that offer full-size bass output. The JL Audio TW3 features many of the same technologies as JL's flagship thin-line woofer, the TW5. The TW3 is available in both 10" and 12" diamters and comes with either dual 4 ohm or dual 8 ohm voice coils. The TW3 subwoofers handle 400 watts of RMS power and are actually capable of greater excursion than their full-size counterpart, the W3v3 subwoofers. The TW3 JL Audio subwoofers are built at the JL location in Miramar, FL for a true, performance product that is made in the USA with global components. If you are looking to save space, or if you have a challenging installation, the TW3 is one of the few low profile subwoofers that actually gives you full size output, instead of sounding like a shallow woofer.

The JL Audio W3v3 subwoofers are probably JL Audio's most extensive line of subwoofers with sizes ranging from 6.5" up to 13.5". The JL Audio W3 subwoofer use many of hte same technologies and design elements that are used in the W7 in order to provide a great balance of power handling, minimal enclosure space, and of course, long, linear excursion capability. The JL Audio W3 subwoofers handle up from 150 to 600 watts of RMS power, depending on the diameter (500W for 10" & 12"). The W3 JL Audio subwoofers are offered in single 4 ohm and 2 ohm voice coil configurations and work in both sealed and ported boxes. The JL Audio W3 is one of the gold standards in the JL Audio subwoofer lineup. These woofers have been around forever and they have been re-designed and improved over the years as technology changes. With a simple JL Audio badge at the bottom of the woofer, the W3 has great sound quality, hard-hitting bass output, and stylish looks.

The JL Audio TW5 is their flaghsip thin-line woofer that uses many of the technologies that JL Audio has perfected from their line of home audio subwoofers. The JL Audio TW5 subwoofers come in a 13.5" diameter and handle 600 watts of RMS power. The 13TW5 is available in both a single 2 or 4 ohm voice coil, and has a mounting depth of only 2.6 inches. The TW5 JL Audio subwoofers use JL's patented concentric tube structure to move the motor closer to the front of the basket to allow extreme output in a super compact frame. The TW5 fits in a standard 12" footprint and requires less air space than most 12" woofers, and about the same size as most small-box, 10" subwoofers. If you are looking for the ultimate low-profile subwoofer, the JL Audio TW5 does not disappoint.

The JL Audio W6 subwoofers were first relased in 1993 and have been a benchmark and staple for high-end bass performance. The current models are the third generation and offer unmatched output and audio quality. The W6's are made on the same line as the flagship W7 and they share many of the same technologies. The W6 uses a patented cooling structure for increased power handling and a progressive roll spider to provide linear compliance over the woofer's ecursion range. The JL Audio W6 subwoofers come in both a 10" and 12" model and both handle 600 watts RMS. The JL Audio W6 subwoofers come with dual 4 ohm voice coils so that they can be wired in series to an 8 ohm load or in parallel down to a 2 ohm load. Along with the hard-hitting bass and minimal distortion you get with the W6, they are also optimized to work in compact enclosures when comparing woofers of its caliber and performance.

How do I identify which JL Audio subwoofer is installed?
The best way to identify the model of JL Audio subwoofer is the remove it from the enclosure. The model number should be located on teh back of the magnet of the subwoofer. Giving descriptive directions to help identify a subwoofer can be dangerous due to the different versions. For instance, the W0, W1, and W3 subwoofers are in their third iteration. This information pertains to the current product offering only. The only way to be 100% certain is the remove the subwoofer. If you don't want to do that, you can try these, but we warned you: