Free Shipping on Orders Over $100*
We’re Shipping! Will Call is Closed.
FAQs
Free Shipping*
Lower 48. Orders over $100.
2 Year Warranty
On all our radios.
Expert Support

This Product is Included in These Packages: 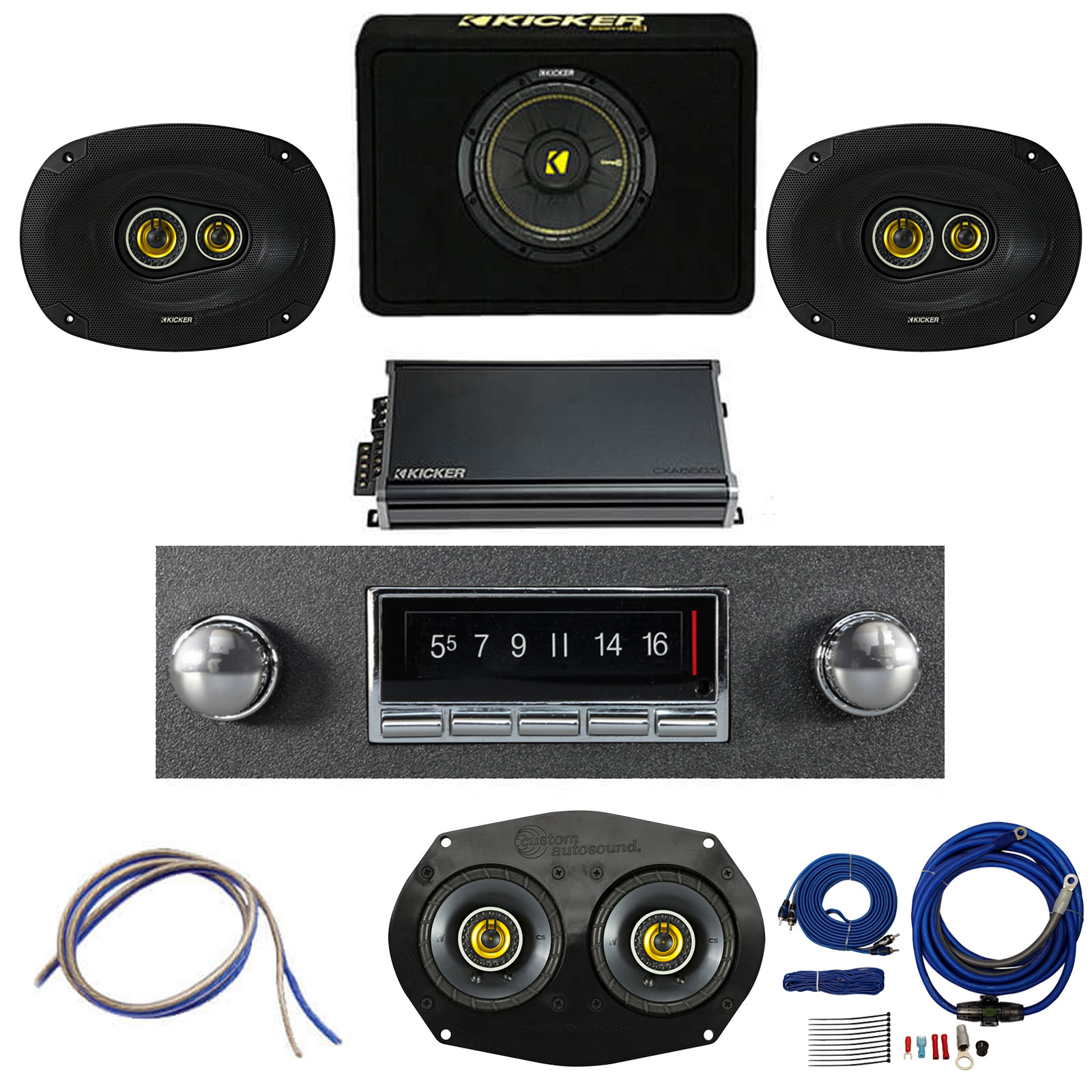 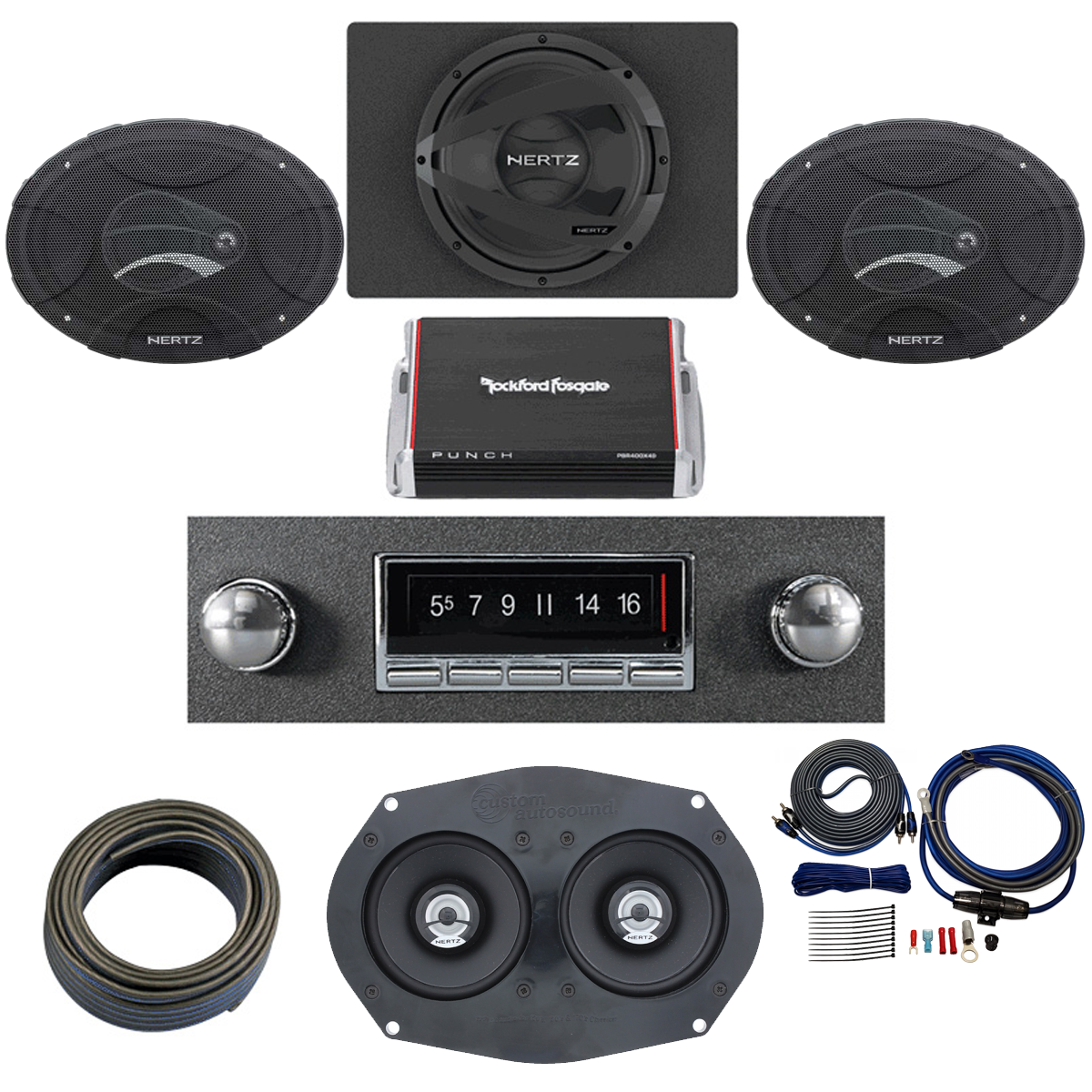 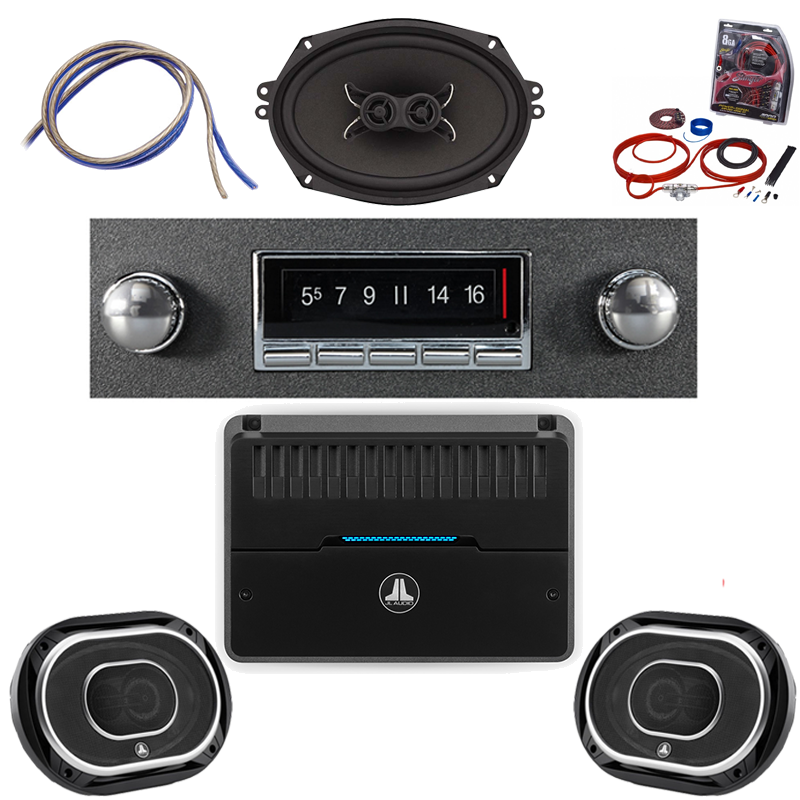 The 1974-1979 Cadillac USA-230 has the exact same appearance as the USA-630, but it does not come with the USB port, the iPod controller or the CD changer control. This 1974-1979 Cadillac USA-230 radio allows you to listen to AM/FM radio or plug in your iPod, iPhone, Android or satellite radio tuner via an RCA auxiliary input on the back of the radio. This radio does come with the cable that you will need to plug into the headphone jack of your device. We recommend running the cable into the ash tray, glove box, or any other location that will work for your needs.

If you have a 12 volt cigarette lighter outlet, we do offer an auxiliary Bluetooth device, RFBTAUX, that plugs into that outlet and into the auxiliary input to allow you to stream music from your phone to your radio. It will not function as a hands free device as it has no microphone to use with your cell phone, but if you are simply looking to eliminate the wire going to your phone, it is a nice little device.

Please note: this radio does not include a bezel.

{{ totalQuestions }}{{ (totalQuestions === 1) ? ' Question' : ' Questions' }} with {{ totalAnswers }}{{ (totalAnswers === 1) ? ' Answer' : ' Answers' }}
Ask a Question
Question
Name
Email
Submit Question
A confirmation email will be sent to your email address before your question can be posted.
Success!
A confirmation email has been sent to your email address. Once your email is confirmed, we'll be able to answer your question as soon as we possibly can!
Uh Oh
We ran into an issue with your question request. If it's urgent, give us a call at {{ storePhoneNumber }} during our business hours and we'll be able to help you out. Otherwise, please try your question again later.
Previous Page
Page {{ currentPage }} out of {{ totalPages }}
Next Page
{{ question.asker.display_name }}
QUESTION{{ textDecode(question.content) }}

The owner's manual for this item is available for download. The manual is posted for customer reference only. Click the arrow to view the manual.

All Custom Autosound Radios are backed by a 2 year warranty from the manufacturer. All radios are tested before being boxed and sent to ensure that they are working properly. In addition, we at Classic Car Stereos will work with you to fix any issue as quickly and as seemlessly as possible. We strive for 100% customer satisfaction.
You might be interested in the following:
Recently Viewed Items:
Rated 4.55224/5.0 based on 335 customer reviews